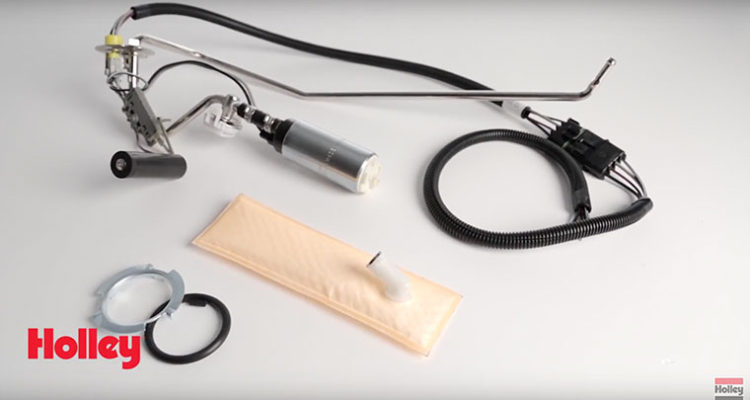 Holley/MSD is pleased to announce the release of OEM-Style EFI 255 LPH Fuel Tank Modules, which are a direct replacement for your factory pick-up and sending unit and make it easy to convert your carbureted fuel system to EFI. There’s absolutely no need for any modifications or fabrication, and you don’t have to get a whole new fuel tank. You can even retain the factory fuel hard line – just connect the outlet of the pump module to the hard line on your vehicle with EFI-rated fuel hose and hose clamps such as Earl’s Vapor Guard.

The in-tank fuel pump is a high-pressure 255 liter-per-hour unit capable of supporting EFI-equipped engines up to 550 horsepower. The module includes a pre-calibrated fuel-level sending unit designed to work with the factory fuel gauge already in your car or truck. A Holley HydraMat is included that maximizes available fuel at the pickup and also acts as a pre-filter. Fuel pressure is regulated internally and preset at 58 PSI, eliminating the added expense of an external fuel-pressure regulator and eliminating the need for a return line – all return fuel is handled right inside the tank. 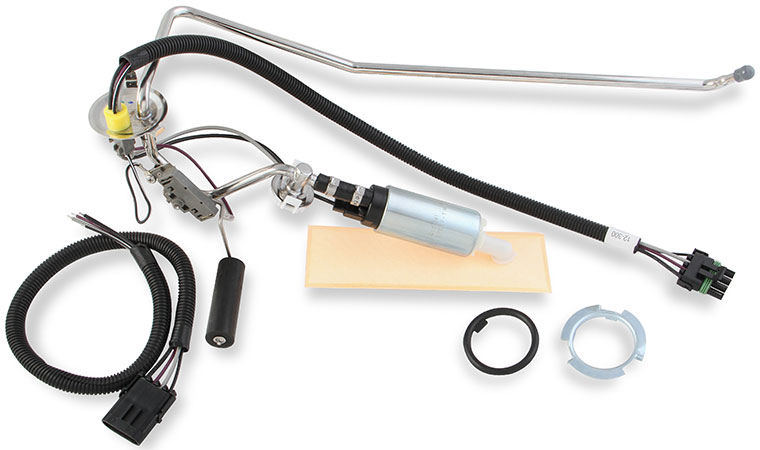 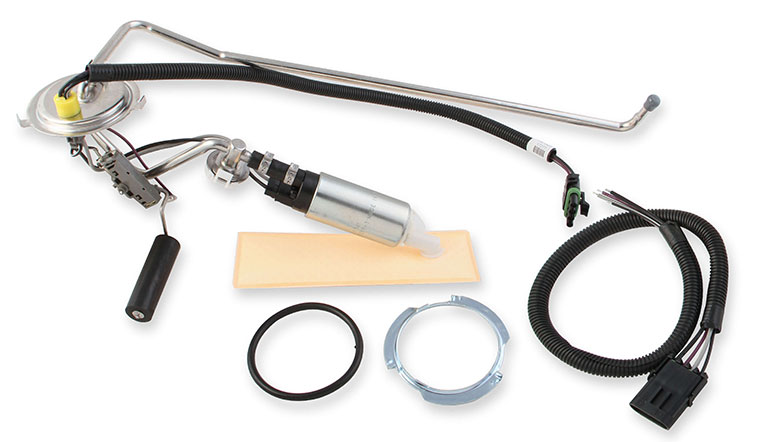 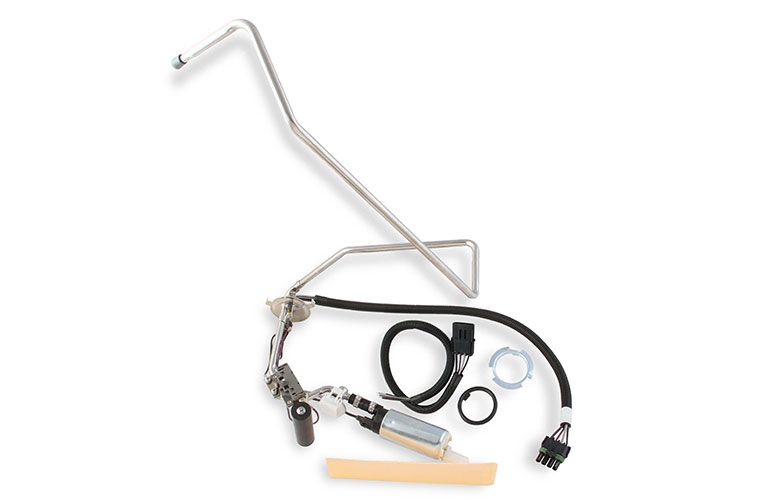 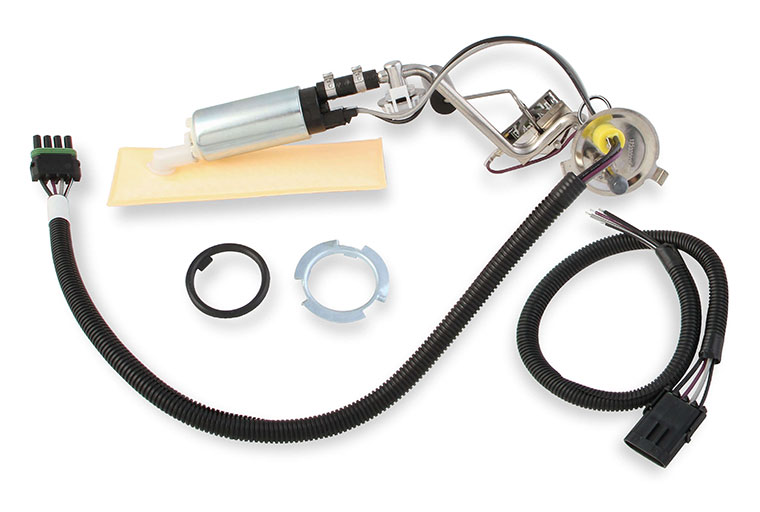 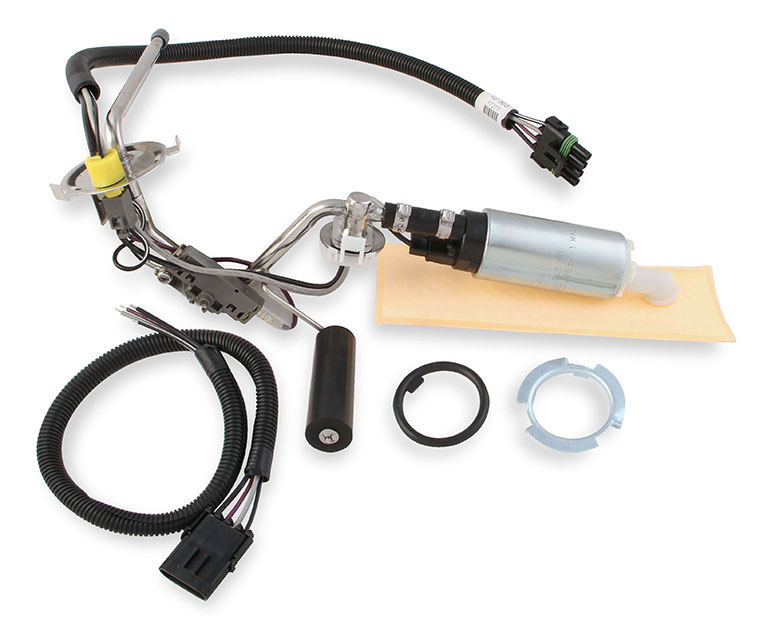 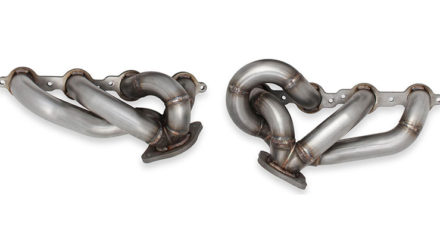 Nov 11, 2018No Comments697 Views
Holley/MSD is pleased to announce the release of Hooker BlackHeart Cadillac CTS-V Shorty Headers. Made of 304 stainless steel and developed specifically for 6.2L-powered